Worldwide, the average investment manager is extremely underweight in the energy, commodities and emerging-market sectors, according to the latest Merrill Lynch survey.

But he has found this survey to be “an excellent contrarian tool. Investment managers as a group have historically suffered from the same herd-like mentality as retail investors – they are overly bullish and overly bearish towards an asset at the wrong time.”

They were very bearish on commodities and emerging economies in December 2008 (wrong). And overweight in both sectors in April 2011, “just as these assets were peaking.”

Tenwick believes they’re once again wrong in their negative view and will probably be “caught flat-footed as inflation starts to accelerate.”

The most successful investors are contrarians, who bet against the consensus view. “Today the most unloved assets… are inflation hedges such as commodities and emerging-market stocks.”

Some other points he makes…

► American stocks: They’re looking dangerously overbought. “Investors have poured every cent they have into stocks.” This is “an ominous sign” as current cash levels they have available at Wall Street firms are similar to those prior to the 2000 and 2008 stock-market crashes.
Investors “are so optimistic about the outlook for stocks that they have even borrowed money to buy.” Margin debt on the New York market has also reached peaks like those that preceded the 2000 and 2008 plunges.

On the other hand the shrewdest big investors now prefer cash to shares. Warren Buffett has accumulated a cash pile of $49 billion – as much as he raised prior to the 2008 crash.

► The dollar: Current sentiment is very bullish. In the past, that has often signaled peaks. And the second half of the year is typically a weak period for the greenback.

Should the Federal Reserve surprise the currency market by maintaining the quantitative easing programme at current levels or increasing it, that would probably lead traders to sell the dollar, “which would be a bullish development for commodities and emerging-market stocks.”

► Japan: “There is a high probability that the recent rally in Japanese stocks is not the start of a new long-term bull market and was merely a powerful short-term rally.”

► China: Despite well-known negatives, “when compared to the highly-indebted, low-growth economies in Europe and the US… appears to be a far more compelling alternative,” with economic performance that is still impressive – latest numbers “are not the signs of an economy that is facing a hard landing.”

Tenwick says (and this is also my view)…

“The Federal Reserve is in a conundrum.” Its “ongoing money printing has created a monster of a stock-market bubble that is not supported by economic fundamentals.

“If they remove or reduce their QE programme, they are likely to burst the bubble, which could lead to a severe recession and even a renewed banking crisis.” But “if they continue with their monthly QE programme, they risk destroying the US dollar and creating an inflation surge…

“Politicians greatly influence the actions of central bank governors… The path of least resistance is to do more of the same – that is, keep printing money.” 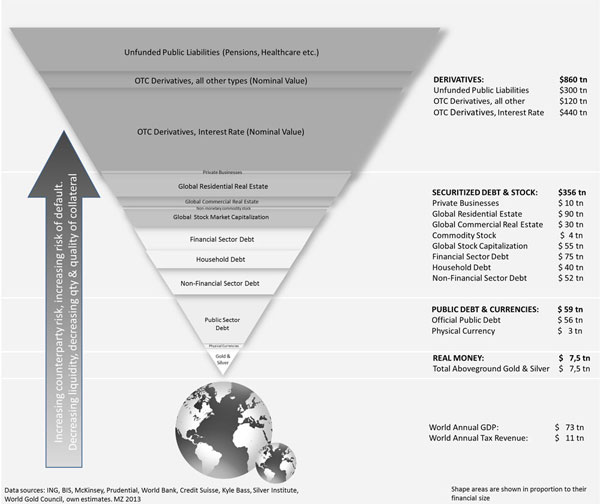