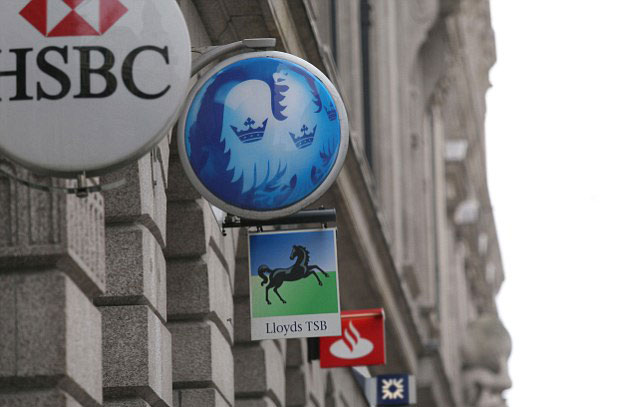 Banks Love to Sell These High-Risk Products By Michael Zuber

A longstanding reader of On Target recently received an investment promotion from the private client wealth management branch of one of the world’s largest, best-known and most prestigious banks. It offered a mouth-watering annual yield of 18 per cent.

Too good to be true? He asked for our opinion at last month’s Money Club meeting in Chiangmai.

His caution was indeed warranted. He had been offered the opportunity to invest in a class of synthetic investment products commonly known as “Reverse Convertible” derivatives.

While these investment vehicles can potentially be yield-enhancing portfolio additions for the truly market-savvy, they have proved to be financially devastating to those investors who do not understand their risk-reward profile or the implications of the banking mumbo-jumbo buried in issuers’ prospectuses.

Our friend was offered a particularly potent species of these securities. In all its full glory, its name is “Callable Worst-Of-Barrier Reverse Convertible.”

Its very enticing key feature is a fixed coupon of 18 per cent a year, unconditionally paid for the first month, and thereafter on a monthly basis until maturity… provided a few conditions buried in the fine print are met.

In a world of almost-zero interest rates, who could resist an 18 per cent coupon? The devil, of course, is in the detail.

The performance of this particular security is tied to what happens to the prices of three arbitrarily-chosen listed shares, in this case those of a major European bank, a Latin American oil giant and a US tobacco company.

The 18 per cent coupon will be paid as long as the price of any of the three stocks does not drop more than 15 per cent. If any should do that, when the security matures the investor will not get back the money he invested, but have the worst (!) performing stock delivered into his securities account, equivalent to 85 per cent of his original investment.

An additional unpredictable variable is the issuer’s “Automatic Early Redemption” option. In plain English, the issuer can simply pull the plug on the investment at any opportune time and repay the principal to the investor — thus avoiding the costly payment of the 18 per cent coupon.

Less-experienced investors should realize that this type of security is always a hugely complex bet against highly sophisticated market players. Here, the investor is required to accurately predict the price development of all three underlying stocks within the lifespan of the security. In this case, in practice the investor would need to be correct with a forecast that all three stocks will trend slightly upward in the next 12 months.

Another often-overlooked risk of such securities is their legal nature. They are unsecured debt obligations of the issuer, and thus dependent on its solvency. Private investors in similar derivative securities issued by Lehman Brothers were accordingly wiped out when that very large investment bank imploded in 2008.

Other unknowns include complex taxing questions, fairly illiquid secondary markets… and the size of sales commissions paid to the investor’s broker.

The world’s major banks have found the sale of “Reverse Convertibles” so profitable (for them, of course) that they have created literally tens of thousands of different variations of them.

Initially developed for knowledgeable investors, they have increasingly been peddled to the less savvy but still wealthy private clients as reasonably safe and potentially very yield enhancing investments.

Many less-experienced investors have had to painfully discover that Reverse Convertibles are not exactly mom&pop investments. There’s been a flurry of indemnification litigation by specialized law firms against the issuers in the past few years.

Unless you’ve been playing the markets for decades and understand the risks in derivative-based “structured products,” stay clear of them should your “Private Wealth Manager” ever send you such an offer.