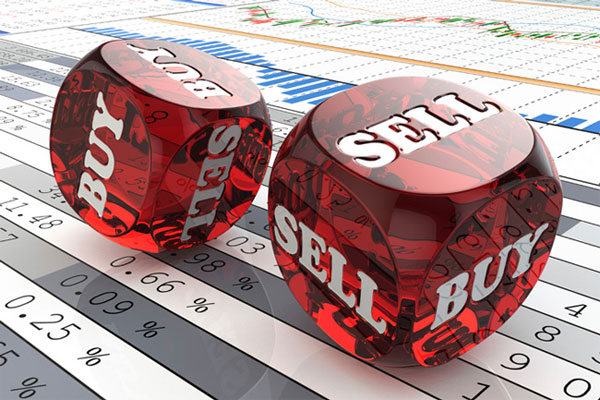 One of the oldest investment controversies is whether you should buy shares and hang on to them indefinitely, staying permanently fully invested and only switching infrequently among companies; or you should follow an active policy.

When to Buy, When to Sell

The argument for the latter is that research has shown that 80 to 90 per cent of profits in share investment come from timing the market – being in shares when they’re rising, and out of them, safely in cash, as the market falls. Only 10 to 20 per cent comes from superior stock selection.

The weakness in this argument is that it depends so much on getting your timing right, and that’s extremely difficult.

Advocates of the “buy and hold” approach to investment quote the results of an American study showing that over 40 years if you’d stayed in a portfolio of stocks mirroring the benchmark Dow Jones Industrial Average index, you would have made an average of 11.4 per cent a year.

But if you’d got your timing wrong, and were out of the market for the 40 best months (that’s only one in 12 of the total), your average return would have dropped to 2.7 per cent.

That study further showed that if you’d bought the Dow once a year, and picked the best day in each year to do so, your average return would have been 11.7 per cent; however if you’d picked the worst day, when the Dow was at its annual peak, you would still have averaged 10.6 per cent.

Does timing really count? “Clearly, in a cyclical market, it does,” one expert told me. “But in a continuously rising market, the answer must be No.”

A New York investment manager made this comment: “Most people should almost never sell top-quality growth stocks whose business fundamentals are intact; certainly not because of generalized fears about the overall market. In no event should one chip and chop according to the latest tactical wizard wheezes. That approach means that transactional costs devour your capital”.

One reason for challenging the buy-and-hold concept is that each asset class performs differently at different phases of the economic cycle. There are years when it’s better to be in bonds or cash rather than equities.

This begs the questions of how an individual investor can know when to switch asset classes, and whether the costs of switching warrant it.

There are different kinds of active policy in managing investments:

– Selling underperformers and switching the money into stocks that are moving ahead;
– Selling shares that no longer look good value and switching into the ones that do;
– Manipulating the proportions of your portfolio invested in various assets – particularly equities and cash – so you are heavily invested in assets that go up and lightly invested in them when they correct or crash.

There is no clear evidence that one strategy is more effective than the other. It depends on market conditions, investment fashions, your knowledge and skill, even your personality.

Where you are investing through funds, you may consider switching rather than cashing out, moving from one fund within a group to another, as the charge for doing this is nearly always very low, such as 1 per cent. When you switch between funds of competing groups, you normally have to pay the full up-front charges of the fund into which you’re moving, which are often 5 or 6 per cent.

next article: The area where most mistakes are made