Oil recently topped $100 a barrel. Does this make investments in it a buy… or a sell?

Oil has been in a strong uptrend since early 2009. The main driver has been global economic recovery. But an increasingly important factor has been exploding consumption in emerging economies.

Barclays Capital’s commodities chief, Roger Jones, expects demand from countries outside the OECD, accounting for one third of world oil imports, to grow four times faster this year than those of the group of advanced economies.

The largest of the emerging economies, China, is already the world’s second biggest consumer – using about half as much as the US. On current projections China’s annual demand will exceed America’s in about 15 years’ time – and require an extra 10 million barrels a day, equivalent to the production of, say, five major new oilfields.

Oil provides the liquid fuels that drive the world’s transport system – road vehicles, ships, aircraft. There are no major alternatives. As the global economy grows, so does demand for oil, at an average rate of about 1.4 per cent a year.

But oil is more than that. It is the key to life-quality enhancement. Once a family rises out of poverty, able to afford high-protein foodstuffs and the space and privacy of a decent home, a priority is acquisition of a car. No product of industrialization has done more to transform living standards.

Years ago I described the motor car as the Liberation Machine. “No other invention has done as much to bring personal freedom to the masses. It allows people to travel where they wish, when they wish, without any expense for additional passengers such as children. It adds immeasurably to city-dwellers’ quality of life.”

Nowhere is this happening more dramatically than in China, where every year tens of millions of people see their incomes rise to levels where they can afford the items that mark them as reaching the status of “middle class.”

This year it’s forecast that about 18 million new cars will be sold in China – compared to perhaps 12 million in the US. That means huge additional demand for petrol. Yet car ownership in China relative to population size is still a fraction of America’s. The future potential for vehicle manufacturers – and for the liquid fuels that power them – is mind-blowing.

What are the alternatives to oil?

Most of them are uncompetitive, many of the most promoted requiring huge subsidies that have now become unaffordable for governments whose finances have come under acute stress because of overspending and soggy revenues.

In a new study on the energy outlook for the next 20 years, BP forecasts blistering growth in production of biofuels, forecasting they will account for 30 per cent of the global increase in energy supply.

I cannot believe that. It suggests BP is out-of-touch with political realities, as it showed itself in its Gulf of Mexico crisis last year.

Most biofuels depend on diversion of crops from consumption as foodstuffs to conversion into liquid fuels. That will become politically unacceptable in a world likely to face food shortages. For how much longer, for example, will it be possible for the US to divert 40 per cent of its corn crop into highly-subsidized and protected ethanol manufacture?

In time, it may become commercially viable to make ethanol from waste, or diesel from inedible crops grown on wasteland. But we are still a long way from doing that, or doing so on a large scale.

next article – The only viable major alternative 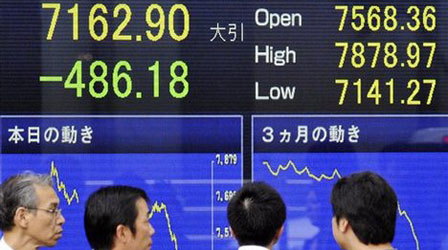