After disaster, the bounce-back gathers momentum 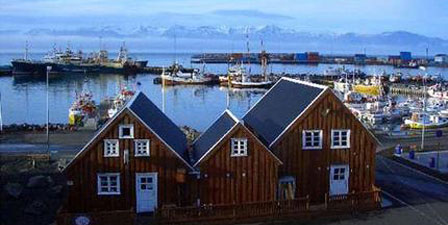 Unlike Eurozone member-nations, Iceland had freedom to manoeuvre because it controlled its own currency, monetary and fiscal policies. It could set its own rules, change its laws, and make independent decisions.

Now, recovery is under way. Devaluation has promoted exports, including tourism, and shielded the domestic economy. Foreign trade has turned into surplus. Investment is picking up. Unemployment and emigration are declining.

The ultimate accolade is that foreign investors are once again willing to lend money. Last month Iceland sold $1 billion of ten-year bonds for interest of 5.875 per cent – less than the Eurozone’s troubled peripheral nations have to pay, where they have access to international capital markets.

Finland has been described as a relatively isolated country that, after emerging from Soviet influence, “embraced globalization, going on to develop a competitive economy and education system that is still the envy of the world.” For decades, it led Europe in productivity gains and economic growth.

But it has been hit hard by the global recession. In 2009 its economy contracted nearly 9 per cent in real terms.

Now it is fighting back. Its Nokia telecoms giant, once Europe’s biggest company by market capitalization, badly hurt by missing out on the smartphone revolution, is now courageously staking its future on the Windows Phone partnership with Microsoft. Unfazed by the Fukushima disaster, Finland is pressing ahead with construction of several nuclear power stations. The focus of government is on conservative fiscal policies, tax cuts for small business, and promoting new industries (Rovio is already the creator of the Angry Birds smartphone game).

Sound government finances have kept the debt-to-GDP ratio below 50 per cent (Germany’s is above 80 per cent). Banks are healthy and consumer demand is buoyant. Its economy forecast to grow both this year and the next, despite anticipated contraction in the European Union as a whole.

Denmark is a typical Scandinavian country with high living standards, high welfare… and very high taxes. It has one of the world’s best ratings for economic freedom, particularly its strong protection of property rights through a corruption-free judiciary.

It is said to benefit from “high degrees of business freedom, investment freedom and financial freedom,” with a regulatory environment that is “transparent and efficient” and “encourages entrepreneurial activity.” It is a strong supporter of free trade. Labour regulation is flexible – firing is easy, which encourages hiring.

Government spending is high, but adequately provided for through an efficient tax collection system, so the budget deficit is small despite the adverse consequences of the global recession. Public debt is low.

Denmark has managed to combine a high degree of integration with its European neighbours while maintaining an important element of independence from them. For example, it remains outside the Eurozone, yet its currency is managed to track the euro.

One consequence is that Denmark is a favourite of international investors. Its sovereign bonds are among the world’s highest-rated, with ten-year paper recently traded at a yield of less than 1 per cent, or well below Germany’s.

The economy has a strong private sector that includes many small and medium-size companies, but also some large, internationally-respected ones such as Maersk (shipping), Carlsberg (beer), Lego (toys), Vestas (wind turbines), Bang & Olufsen (hi-fi equipment) and Novo Nordisk (pharmaceuticals).

Greenland, a Danish territory with a population of only 56,000, is believed to be one of the world’s great potential sources of natural gas and oil, with an estimated 52 billion barrels under its coastal waters. However, none of it has yet been proved and brought into production.

this article follows on from: Tackling the crisis head-on which is preceded by – Lessons from the Sauna Club