Survive and Prosper in the Grim Decade Ahead

Looking ahead, the key long-term strategy issue for investors is whether we face inflation, deflation… or something in-between.

Something in-between – that is, low inflation interspersed with periods of a little deflation, what I have dubbed “noflation” – favours blue chips with solid income yields, rental property, and medium-risk bonds.

The current majority view is that inflation is coming, which is why the equities of the developed economies are strong, while bond values have been falling.

Long-time followers of my views will know that I am a noflationist. I don’t buy the story that inflation is about to bloom because of excessive money creation. But could I be wrong in under-estimating the contrary risk of deflation?

Gary Shilling, an American economist with an impressive record for predicting financial catastrophes such as the dot-com blow-off, the collapse of US housing prices and the easy-credit bubble, makes a strong case for believing that we do face deflation and a decade of slow economic growth in his new book The Age of Deleveraging*.

Most hostile comment on massive stimulus programmes by governments and central bank policies of nearly-free credit and money printing is based on belief that such excesses must lead to inflation.

That ignores history. The clearest example is from Japan, where even decades of easy money, at times relatively far greater than we are now seeing in the US, have failed to do much to boost economic growth.

The key to inflation isn’t money abundance, but the balance between demand for goods and services and their supply.

If demand remains sluggish, perhaps because of unwillingness to borrow to finance spending, and/or if supply remains excessive, there’s an imbalance that presses down on prices. You may get some pockets of inflation, such as we’re now seeing in food and energy. But overall, you don’t get inflation.

Although “government spending is the root of inflation,” Shilling writes, “it’s excessive only if the economy is already fully employed – as in wartime.” Currently

there is “clearly” an excess of supply in the world economy, “and getting more so” in the second largest economy, China.
For years a combination of positive factors has boosted the world’s productive capacity:
• Globalization has made it possible for businesses to mobilize the under-employed human resources of the emerging economies, creating in them vast new industries.
• There has been a productivity revolution flowing from implementation of major developments in information technology, which has encouraged heavy investment in new and much more efficient industrial capacity.
Shilling makes the interesting point that there have been several historical examples of earlier technology revolutions that boosted productive capacity to the point where it caused serious over-supply, such as railways in the 19th century, and mass-production of motor vehicles and telecoms in the 1930s.
• There has been an abundance of capital thanks to very high savings rates in Asia, the surpluses of oil producers, the absence of major wars and money printing.
• There has been an ideological revolution that in a large part of the world has replaced low-efficiency planned economies with high-efficiency alternatives combining the best aspects of free enterprise with the advantages of state power.

That has been most obvious in China, where in response to the global crisis of 2008 the government instantly mobilized the world’s fastest-impacting, largest and most effective stimulus package.

see the next article – A surfeit of leading-edge production plants 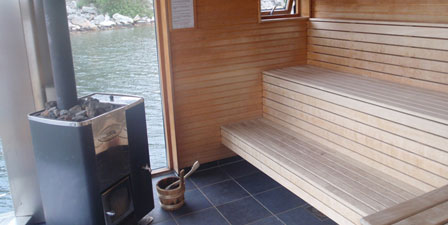