How to Break Out of “Contained Depression” 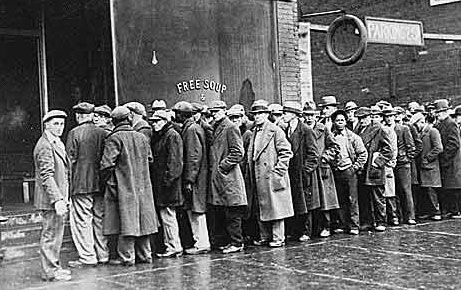 The well-known American economist Larry Summers recently caused a stir when he told an International Monetary Fund research conference that there will be no easy return to pre-crisis normality in the advanced economies.

He was confirming the view advanced for some time by a minority of luminaries such as Bill Gross, head of the world’s largest bond fund, that the low levels of economic growth currently being experienced are a relatively permanent “New Normal” situation – one that could persist for many years, perhaps decades.

The sluggishness isn’t a cyclical phenomenon, but rooted in structural weaknesses. Because of the extraordinary measures taken by central banks to combat a slide into deflation, and hopefully to restore economic growth to previous levels, it’s been described as a “contained depression.”

Summers talked about “secular stagnation.” He suggests that even before the crisis, when a huge bubble in housing and credit boosted spending, economic growth in the US was mediocre.

Another eminent economist, the controversial Paul Krugman, points out that the ratio of household debt to income “rose rapidly and inexorably from 1985 to 2007, when the crisis struck.” Yet, looking forward, “we obviously can’t go back to the days of ever-rising debt.

“The evidence suggests that we have become an economy whose normal state is one of mild depression, whose brief episodes of prosperity occur only thanks to bubbles and unsustainable borrowing.”

Another important factor may be persistent foreign trade deficits. Krugman apparently doesn’t say so, but those would appear to be a consequence of competitive pressure from rising economies, particularly China, with their relatively cheap labour, modern manufacturing plants and more business-friendly governance, on the high-cost economies.

There is a major and intensifying conflict among governments and their advisers over what to do in those advanced economies about sluggish growth, with its painful consequences such as persistent high levels of unemployment.

On the one hand are the “Austerians,” who argue for austerity, and who dominate governments such as those of Germany and the UK and influential power groups such as the Tea Party in the US.

They believe that levels of public debt, which are high yet continuing to rise as governments borrow to finance their spending, must be addressed. They depress business confidence, which discourages the investment in the private sector in expansion so needed to spur economic growth. They allow politicians to continue avoiding the reforms needed to counter the build-up of underfunded welfare benefits. And the extraordinary measures being used to finance the debt, such as “money printing,” pose huge dangers for the future such as an explosion in inflation, currency collapse.

The Austerians also believe that economic growth will remain depressed by the high levels of debt in the private sector. They argue that the balance sheets of banks and long-term savings institutions such as pension and insurance funds are choked with “toxic assets,” ones whose given values are partially fictitious. Those fake values must be written off to restore confidence, stimulate new investment, and clear the decks for economic recovery.

On the other side of this debate are the Keynesians, such as Summers and Krugman, who argue for policies focused on stimulating demand. Far from trimming government spending, they want to expand it. Krugman argues: “Forget all those scare stories about government debt… Attempts to save more, including attempts to reduce budget deficits, make everyone worse off.”

There is a glut of savings in the world that should be used to finance a surge in public investment in infrastructure, both “hard” – roads, ports and so on – and the “soft” variety – education, public services. It’s never been so cheap for governments to borrow, so they should do so to invest for the long-term.

Because of their financial difficulties, governments have cut their spending on infrastructure savagely – contrary to long-term needs. The Economist recently commented: “From bridges to broadband, many rich countries need an upgrade… More than 40 per cent of London’s water pipes are a century old. One in seven German bridges could be in dangerous disrepair.”