The Case for Investing in Autonomies 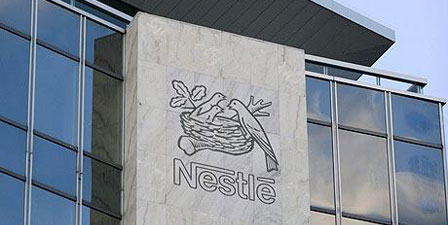 The Swiss giant is an outstanding example of the select group of multinationals that are so big, diversified, well-managed, successful and largely in control of their own destiny that they are comparable to nation-states. Of the 100 largest economies in the world, 51 are actually those of corporations, not countries.

My friend David Fuller, the well-known London analyst, has dubbed such companies “Autonomies.” In an increasingly troubled world, they can be regarded as a separate investment class… and perhaps the most attractive.

Little and Albrecht argue that this is no time to invest in the sovereign bonds of nation-states, many of whose yields are at 30-year lows, when Autonomies “pay out a multiple of the yield of government bonds, and that yield is growing.”

They are breaking free of the constraints of geography. Many of their chief executives “increasingly see the world as a place where their products can be made anywhere… and sold everywhere.”

Autonomies operate across the globe, so they can choose their battlegrounds. “They can dictate where they recruit and pay their staff, where they source their inputs, where they sell their products… and where they pay their taxes.

“Their margins are high because, unlike… businesses tied to a specific location like real estate, retail banks, cement producers, mines, they simply don’t need many fixed assets to make gigantic and tax-efficient profits.

“The best Autonomies have low capital intensity. Not only can it make them scaleable and highly profitable, it can also make them harder to tax (the best targets for tax-hungry governments are foreign owners of real estate – highly asset-intensive, they can’t move their houses and, best of all, they don’t vote).”

The most attractive Autonomies are found in a section of the stock market that accounts for only about 10 per cent of it – consumer staples and household products/healthcare.

The GTI managers give these examples from Arisaig Partners of Autonomies’ average annual total returns over the period 1981 to 2010:

Little and Albrecht say: “We’re living in a period in history when modern nation-states – centralized money-munching machines invented in the 19th and 20th centuries to democratize ailing monarchies – are mired in crisis.”

That’s because “they are overwhelmed by debt (Greece and the Garlic Belt),” because their working populations are ageing (Japan), “because the entitlement burdens of welfare states have spun out of control” (the UK), or “because their political classes (France and Germany) have run out of answers.”

This is no time to invest in the bonds of ruptured and discredited nation-states that will seek survival through taxes or inflation.

Thanks to the global credit crisis, investment risk has somersaulted. “Shares in businesses like Nestlé are the new world currency.” Such shares have soared in value, and will continue to do so, as they offer respite from the troubles of a crazy world – “and a chance to make decent money.”

Global Thematic Investors has produced a list of “quality companies with high growth-market sales,” including some less-obvious ones such as Mead Johnson, Swatch and Herbalife, with their powerful focus on Asia and Latin America.

It also suggests what it expects to be “the next generation of Autonomies”… which “will come from Asia. The cheap, well-educated and abundant human capital of Asia and the sweeping scale of its domestic market – two-thirds of the world’s population – more or less guarantees it.”