The Philippines stock market recently surged to a new all-time high, after the nation’s government was able to raise $1½ billion of 25-year money at a record-low yield of 5 per cent, the offer being oversubscribed more than eight times.

These are strong signals that international investors are starting to take a serious interest in this Asian country, long neglected because of its history of political instability and indifferent economic performance.

Following its recovery from the Second World War, the Philippines was regarded as Asia’s most promising economy after Japan.

The optimism evaporated after the arrival of the Marcos dictatorship in 1972. International investors came to the conclusion that, as one analyst puts it: “Everything falls apart in the Philippines if the politics goes wrong.”

But for years now, the nation’s political climate has looked better. Investors are starting to focus once more on its fundamental strengths.

These include a population of more than 100 million known around the world for their friendly dispositions and, especially, their competence in English, which is the principal language of instruction in the schools of this former American colony.

About one-tenth of the working population are employed abroad, especially in the US, the Mideast and elsewhere in Asia, as construction workers, maids, seamen, nurses. The money they send home to their families is a major driver of the economy, accounting for 10 per cent of GDP.

But increasingly Filipinos are being employed in their own country to operate call services and provide many other kinds of business services.

A huge pool of reasonably-educated English-speaking labour is available. The universities alone are churning out 400,000 new graduates every year. And they are cheap. Qualified accountants, for example, can be hired for as little as $1,000 a month.

Business processing outsourcing (BPO) has become an important catalyst for growth of the Filipino economy, with some 300 multinationals buying services there and employing two-thirds of a million workers.

And it’s growing fast. Last year BPO earned the nation more than $10 billion, or half as much as came in through remittances by Filipinos working overseas. This huge inflow is forecast to reach about $25 billion a year by 2016.

The surge in BPO is driving up demand for office property in Manila, Cebu and proximate boom towns to accommodate expanding work teams.

Another — new — growth factor for the economy is a massive programme of investment in infrastructure.

For long the Philippines lagged in this area. Over the five-year period 2006-10, capital investment accounted for only 16 per cent of economic activity, compared to 20 per cent in Malaysia, 25 per cent in Thailand and 27 per cent in Indonesia.

The economy is in good shape to handle strong expansion. Its growth rate has averaged 5 per cent a year over the past decade. Improving state finances have reduced fiscal deficits to low levels, with the annual figure heading down towards 2 per cent of GDP next year.

Forex reserves now exceed total foreign debt. The national currency, the peso, has strengthened moderately against the dollar. Inflation is no problem (at least, not yet), and bond yields have been falling.

Because of the relatively small size of the stock market, international funds have

been wary of investing. But that is an advantage for individual investors, who don’t have to worry as much about tradeability of shares. Increasing foreign interests will broaden the market, in turn drawing in some of the big money.

Here are some possible opportunities…

Deutsche Bank and iShares both have exchange traded funds listed in the UK, Germany, the US and Singapore offering exposure to the Filipino market. There are mutual funds listed in Luxembourg, Hong King, Singapore, Japan and the Philippines itself.

If you prefer direct investment into individual listed stocks, here are three worth investigating:

Ayala Corporation (AC:PHS), the nation’s biggest conglomerate, has a diversified portfolio of interests, a respected brand and a well-regarded management team. Its chart looks good. There’s an ADR listed in New York.

SM Development (SMDC:PHS) is a fast-growing residential property developer focusing on condo units for the higher end of the middle market, nearly all of whose projects are in Manila. Its earnings-per-share growth has averaged 30 per cent a year over the past five.

Jollibee (JFC:PHS) has 717 fast-food outlets throughout the country, and some 67 overseas. It has a good chart and consistent earnings growth, with a well-covered dividend. It also has a New York-listed ADR.

CLA Asia-Pacific strategist Christopher Wood says the Philippines is now “a very promising story.” With bank lending growing strongly across a wide range of sectors, after years of post-Asian-crisis deleveraging it “increasingly looks like it could be where Indonesia was five years ago, in terms of the potential for a multi-year credit and investment cycle to kick in.” 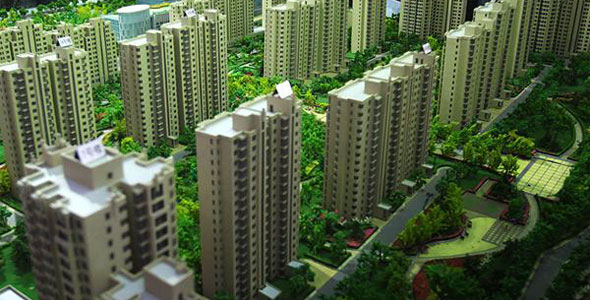